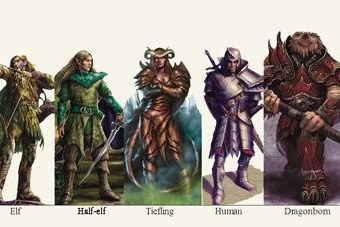 The Dungeons & Dragons roundtables have been excellent, and they highlight the 5e races community-led efforts to make role-playing games more inclusive. Less great have been WotC’s revisions and updates to its old material. Curse of Strahd Revamped is an excellent example of this disconnect. During a Curse of Strahd campaign, players are helped and hindered by the Vistani. As written, the Vistani are itinerant people who live in elaborate wagons, wear bright clothing, enjoy drinking, and try to scam the players every chance they get. Most, but not all, work for Strahd, the campaign’s principal villain. The Vistani are a paper-thin Romani stereotype, and WotC promised to update Curse of Strahd with the help of a Romani consultant. So what did they change or remove?

The original publication included the sentence “Although they can seem lazy and irresponsible to outsiders, the Vistani are serious people, quick to act when their lives or traditions are threatened.” The revised edition removed the lines about laziness and irresponsibility. The revised edition also removed a single use of the word “vardo” to describe Vistani wagons, a direct reference to Romani.

That’s the bulk of the changes to the Vistani in the revised Curse of Strahd. Aside from a few lines pulled, their characterization is largely the same. They still lay curses on people, use a power called the “Evil Eye,” get drunk in scripted scenes, and attempt to con the players out of their fortune. A few overtly offensive lines were changed, but the Vistani remain much as they were—a thinly veiled Romani stereotype.

It would be hard to remove or update the Vistani as presented without completely rewriting the entire Curse of Strahd campaign. This is a problem that permeates much of Dungeons & Dragons. Stereotypes, regressive ideas about race and thoughtless caricatures are baked into the setting. WotC appears to be trying to change things, but it keeps stumbling, and it’s often the fans who pick up the pieces. Reddit and other online forums contain dozens of revisions of the Vistani and the half-orc race, and they revised the concept of race and ancestry in D&D entirely.

Ancestry & Culture: An Alternative to Race in 5e is a 70-page book of alternative rules written by D&D players that’s meant to pull the game away from racial essentialism. Tasha’s Cauldron of Everything, WtC’s new book that launches with alternatives to using race, opens with a page and a half that outlines new rules for using races. “The new supplemental rules in Tasha’s are nice in that they encourage more player choice and freedom in the character-creation process. However, players and DMs have been encouraged to change rules as they see fit for a long time in D&D publications—it’s the nature of the game,” Kwan says. “While players are now explicitly encouraged to swap ability score bonuses and languages in Tasha’s, this really doesn’t address the root problem—essentialism in how D&D races are portrayed. They simply tell players and DMs to ignore the problems without actually solving them.”